What lies beneath the City?

For some of us Halloween is the single best time of the year, better than Christmas even. The search for the scariest trip, event or night out is not quite as exciting as the event itself. Check out these 4 creepy city secrets that you may have walked right over before now!

Paris, famous for being the city of love and romance but have you considered what might lie beneath the surface?

The Parisian catacombs, often referred to as the world largest graveyard, hold the remains of over 6 million people. The underground ossuary has been open to the public since 1874 – perfect for Halloween. 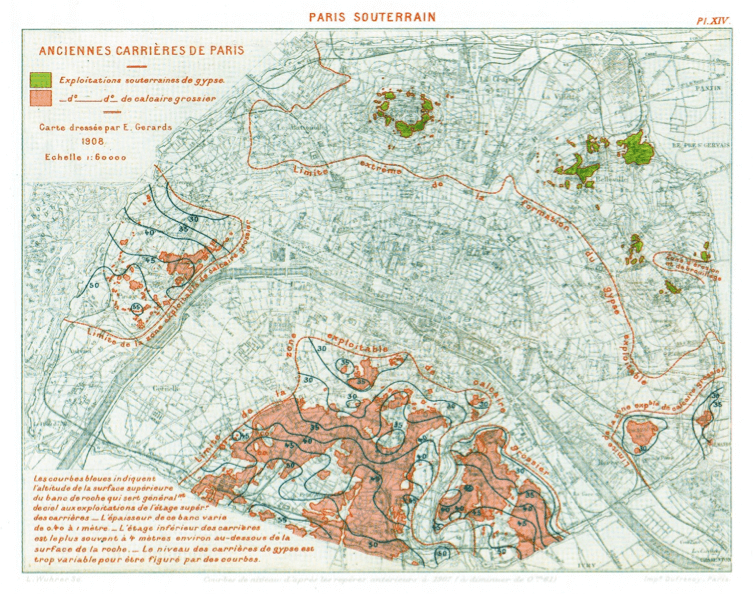 The limestone mines stretch for miles underneath the city. The tunnels were once used to aid the expansion and advancement of the developing city. The purpose of the tunnels was set to change by the late 18th century. Increase in population of the capital meant that cemeteries were beginning to ‘burst their banks’ and the smell of rotting corpse was not unfamiliar.

Under the pressure of the church, the government initially refused to disturb any remains currently in the cemeteries. Fortunately (kind of) for the people, the heavy downfall in spring of 1780 caused a wall surrounding Les Innocents to collapse and the gruesome gravely contents to spill into a neighbouring yard.

The government was forced to take action and began to organise nightly processions. The movement started in 1786 and didn’t officially finish until 1859, when Georges-Eugène Haussmann made the final transfer. The result of this movement is the macabre collection that is now known to tourists and locals as the Catacombs of Paris.

The limestone tunnels stretch for over 186 miles. Since 1955 it has been illegal to explore beyond the very small section open to the general public.

How about that for the city of love?

Save yourself any further scare, don’t forget your travel insurance Get a Quote

Paris doesn’t take your fancy? How about Rome, Italy? Head off of the beaten tourist track and you’ll stumble across the Capuchin Crypts. The Crypt has been described as morbid but beautiful, which in itself is a little frightening.

“What you are, we once were. What we are, you someday will be”

An inspiring message displayed at the site of the Capuchin Crypt in Rome, Italy.

The Capuchin Crypt sits beneath the Santa Maria Della Concezione, which was built in early 16th century. Soon after construction, it was inhabited by a number of monks. Between them, they saw it fit to bring with them the remains of over 300 deceased friars. This collection of remains was only added to as the occupants themselves passed over.

Over the years the crypt has become home to over 3,700 skeletal remains, all of which are believed to be previous Capuchin Friars. The crypt is comprised of multiple small chapels, each proudly parading its individual exhibition.

The friars were buried and their remains used to construct each charmingly yet chilling exhibition. This extravagant demonstration is supposed to act as a visual reminder of the swift passage of life on earth and of our own frail mortality. Quite dissimilar to the catacombs of Paris, each step in this piece has been implemented with the purpose of invoking thought and to some extent, fear.

From one city to another

The SS America made its Maiden voyage in 1940, proudly setting off as the flagship for United States Lines. The ship was a work of wonder, built for the purpose of leisure rather than attack, during a terrifying time of turmoil.

The interior design was carefully curated with the influence of female architects – a revolution in itself – and boasted a stylish design that utilised stainless steel, ceramics and synthetics all of which contributed to the said sophisticated charm overall cheerfulness.

Famously, the ship unknowingly played a role in the Duquesne Spy Ring, employing both Nazi spies Franz Joseph Stigler and Erwin Wilheim Siegler as kitchen crew members. The pair utilised their positions to source both defence and Intel information that they then fed back to Germany during World War II.

The vessel later went on to become used by the Navy and even became a cruise ship again. In 1993 the ship would be sold for a final time. The intention was to tow all the way from Fuerteventura to Phuket, in Thailand. The plan to convert the ship into a 5-star hotel was swiftly destroyed when the tow-lines snapped and despite attempts, were not successfully reinstated.

Out of our control, the ship swiftly ran aground and was soon snapped in half by the aggressive Atlantic Ocean. The stern section completely sank in 1996, adding to the already eerie site of the deserted ship that once sailed as the very representation of wealth and luxury.

Originally named the SS America, the site now serves as an unnerving reminder of the destructive power of nature. As of today the ship can only be seen at low tide but is still a fantastic place to try out if you’re looking for a  seasonal chill on your winter, sun break.

City walks, best during the day or night?

Prague, the latest go-to city for tonnes of hen nights, stag dos and well, any reason we can find. Halloween seems as good a reason as any? There is plenty of justification, the city is rich in culture, flights and accommodation won’t cost you an arm and a leg, you can get by on £20/30 a day if need be and the nightlife is said to be frightfully good.

Doesn’t seem much to be anything too upsetting about that. Unless of course, you find yourself coming up against the Old Jewish Cemetery.

On the surface, The Old Jewish Cemetery holds no more than 12,000 tombstones. Below the surface lies the evidence of severe overcrowding. In fact, overcrowded cemeteries were a large problem all across Europe and in some locations it still is.

Jewish scripture denies the act of disturbing remains and thus even with overcrowding, bodies could not be moved or removed. Instead multiple layers of soil were added and as a result, there are thought to be up to 12 layers of graves!

The Old Jewish Cemetery in Prague is Europe’s largest Jewish cemetery and holds the remains of multiple historical figures including that of Rabbi Judah Loew ben Bezalel and historian David Gans.

Not a location that we would be keen on checking out alone at night but too good to pass up if you’re a big history/scare fan in Prague at any time.

Clinical Trial: Have you been asked to take part?